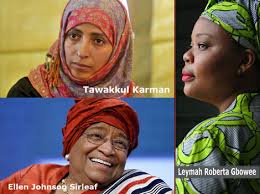 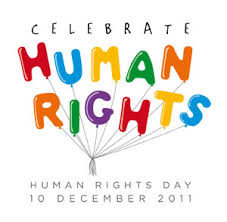 From Reports to Tweets: Week of 7/4 News Roundup

The week started off with one of our national holidays, as we celebrated our Independence on July 4th. This holiday is both filled with a lot of history and celebrated each year with fireworks and events throughout the country.

As we reflected on our 225 years of independence, we also look towards the pending and/or newfound independence of other countries. Following in the footsteps of a variety of countries around the world that declared their own independence, comes a new addition. Southern Sudan will officially declare and celebrate it’s independence tomorrow, July 9th.

In between our Independence Day and the independence of Southern Sudan, a lot has and continues to happen. Two major reports were released this week focusing on key goals/priorities of the United Nations. UN Women released a report this week titled: “Progress of the World’s Women: In Pursuit of Justice”.

This report discussed the progress of women’s rights and gender equality around the world. The UN also released a report this week, “MDG Report 2011” analyzing the progress being made toward the MDG Goals for 2015. There has been a lot of progress specifically related to poverty through these goals, but there is still a lot to be done to make the 2015 deadline, including more support of equality of all genders and ages and helping those in need throughout the world.

For our technology-savvy future leaders, our leaders starting from tomorrow to 2015 and beyond, this week brought about a lot of opportunity. Twitter had a “Townhall @ The White House” which featured President Obama answering a variety of questions that were “tweeted” by the public. Next, came Facebook‘s “Open for Questions: Youth and International Development”, featuring USAID‘s Administrator Dr. Raj Shah discussing how the youth specifically can get involvement in international development.

With technology the way of the future, this week also brought about the development of an agreement between The United Nations International Telecommunications Union (ITU) and Asian standards developers that will allow the opportunity for technology to be developed quicker and at a lower cost.

Stay posted to see what impact technology will continue to have and how we can continue to advance the rights of women, as well as democracy for all peoples.

Egypt’s Unrest and the Impact of Social Media

On January 25th, protests in Egypt began after a call for a “Day of Rage” was generated on Facebook to coincide with the national holiday of Police Day throughout Egypt.  The ousting of  Tunisian President Zine El Abidine Ben Ali and following unrest in Tunisia is credited to have helped spark the protests in Egypt.  Egypt has been under the authoritarian rule of President Hosni Mubarak for the past thirty years.  Since the day that Mubarak became President, Egypt has been under a constant state of emergency that suspended the civil liberties of Egyptian citizens.

The Egyptian Emergency Law is a significant law that the state uses to control and manage opposition demonstrations and protests.  The law suspends the constitutional rights of citizens and grants wider powers of arrest, allowing protesters to be imprisoned for any period of time without reason.  Human rights groups have been after the Egyptian government to repeal this law for years, most recently in May 2010.  Political parties exist within the Egyptian parliament, however their freedoms of expression have historically been very limited under the Mubarak regime.  Although demonstrations and protests have continued to occur in spite of the emergency law, it has still contributed to widespread fear of police brutality and public apathy.  On January 28th, the UN Human Rights Chief Commisioner Navi Pillary again called for the end of the emergency law.

Social media is not new to the protesting game in Egypt.

It was used for the first time in a major way in the April 6th Youth Movement in 2008 when they organized activities using Facebook that supported a general strike north of Cairo, in Mahalla, that shutdown daily activity in Cairo and other parts of Egypt.  In 2009, the group attempted to plan a follow-up strike, however the state cracked down on demonstrators and organizers in such a fierce way that the follow-up attempt failed.  Only a small percentage of people own their own computers, and the government tightened regulations of internet cafes.  Despite the failure of the follow-up strike, the attempt was significant because it demonstrated a new and substantial tool that could be used to disrupt the regime.

Initially, the regime made a move to shutdown access to Facebook and Twitter.  Although it was successful at first, Google and Twitter joined together to enable Egyptians to tweet using the phone.   Now, the internet has been shut down in its entirety.  You can view Bill Gates’ remarks to Katie Couric about the move here.