Last week I joined UNA-USA members and staff from more than 60 chapters across the country to raise awareness about the United Nations and the critical role it plays in advancing American national security and foreign policy goals during UNA-USA’s Annual Meeting in Washington DC.  The Annual Meeting agenda focused on how we can continue to strengthen support for the work of the UN at the grassroots level.

The week’s meetings were particularly exciting, because it was the first Annual Meeting since UNA-USA officially joined the United Nations Foundation family.  A number of new faces were on hand, including former Senator Timothy Wirth, President of UN Foundation, and Kathy Calvin, CEO of UN Foundation.

Conversations emphasizing “focus” and “change” dominated the Annual Meeting.  Many of the speakers drove home the need to focus on the work of the UN and how we can better advocate for a strong US role in promoting global cooperation.  Our support for the UN is imperative to peace.  As Ambassador Rice so eloquently put it, “Now more than ever, Americans’ security and wellbeing are inextricably linked to those of people everywhere. Now more than ever, we need common responses to global problems. And that is why the U.S. is so much better off—so much stronger, so much safer and more secure—in a world with the United Nations than we would be in a world without it.”  In her keynote address at the conference, Ambassador Rice also highlighted the immense change going on in the world, seen most clearly in the Middle East.  She encouraged everyone to “break out of old habits and find new answers to 21st-century challenges.”

The partnership between UNA-USA and UN Foundation seems well-positioned to find new ways to leverage the strengths of each organization, creating a powerful synergy and focus of missions.  UNA’s grassroots outreach, combined with UNF’s grasstops mobilizing and campaigning, creates a real opportunity for progress. While it’s true that change never

UNF campaigns like GirlUp and Nothing But Nets, and the elevated co-branding opportunities that exist between the two organizations.

In addition to meeting the UNF key players, those in attendance heard from UNA-USA’s new Executive Director, Patrick Madden.  Madden set forth a strong vision for the future of UNA’s work and partnerships.  He also challenged us to grow our local membership, engage young professionals in our programming, and expand our advocacy efforts.

One of the highlights of the meeting was the chance to take up Madden’s call to action to advocate for the UN, and foreign affairs as a whole.  On Tuesday, all of us UNA members went to the Hill to meet with our respective congressional members. 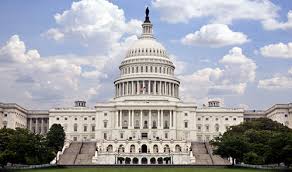 My Massachusetts counterpart, Alma Morrison, and I deftly navigated all 3 House buildings and 2 of the 3 Senate buildings to meet with staffers from the offices of Reps. McGovern, Capuano, and Lynch, and Sens. Brown and Kerry.  We shared our concerns and wishes regarding US engagement on global issues and made sure our elected officials knew these issues are important to us and our fellow UNA-GB members, their constituents.  It was clear that with drastic budget cuts looming, now more than ever our elected officials needed to hear about our values and priorities directly from us.

I came away from the 2011 UNA-USA Annual Meeting inspired to take action more concretely and to continue to mobilize the greater Boston community on the issues that matter to the UN.  As the oft-repeated mantra goes, “If not us, who? If not now, when?”   It is imperative for us to act now.  I look forward to more fully engaging with UNA-USA, UNF, and the UN, as we work together towards stronger and more successful action and messaging!  I sincerely hope you join us!

Posted in Other Events