Water, Water, Everywhere… But For How Long?

That’s right, it’s that time of year again when we remind ourselves about the importance of conserving our biodiversity on this great planet. This year the focus is on water and the vital role it plays in biodiversity. The UN Secretary-General Ban Ki-moon stated in an address yesterday “Biodiversity and the ecosystem services it provides are central to achieving the vision of a water secure world. […] Where once the focus was on trade-offs between water use and biodiversity, today we are coming to understand how biodiversity and water security are mutually reinforcing.” 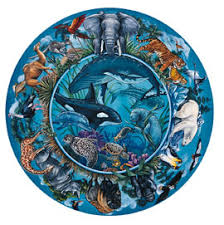 As I am sure most of you are asking yourselves what is biodiversity and why is it so important to us as individuals and as a planet? The basic answer is that biodiversity is the variety of life and the patterns they form. Areas like the rainforest or coral reefs have high biodiversity because there are so many different species all living in the same place, and these animals are different than those who live in the desert or the arctic. Each species plays a vital role in the life of all the other species they interact with. The age-old term, and famous song, that relates to biodiversity is the Circle of Life; what effects one organism will have a ripple effect on the others and thus will impact biodiversity.

Another way of looking at the term biodiversity it is the fruit of billions of years of evolution shaped by natural process and influenced by humans.

What really is the value of having such a large amount of biodiversity in the world? Well, our own self-interest is to protect and conserve resources since we need it to survive. These biological resources are the pillars of which civilizations are formed. Its loss would threaten our food supply and industries such as agriculture and the cosmetic industry. Some facts about biodiversity and the effects it has on people:

·         Unsustainable consumption continues as demand for resources worldwide exceeds the biological capacity of the Earth by about 20%.

Sustainable development, water and biodiversity should be forefront in the international community’s mind, says Ban rttc.org

This year’s theme for Biodiversity Day is Water, which correlates with 2013 being the Year of Water Cooperation. After all nearly 2/3 of the planet is covered in water. That being said, there is only three percent that is freshwater and only one percent of that is in liquid form suitable for drinking. Water is becoming scarcer as demands outstrips supply, and most of what little water is left fails to meet the minimum requirements for quality.  In Secretary-General Ban Ki-moon’s address for today, he noted that “we live in an increasingly water insecure world where demand often outstrips supply and where water quality often fails to meet minimum standards. Under current trends, future demands for water will not be met.”

At the World Economic Forum 2013, Global Risk reported that water supply is second only to major financial failure. Water is so important that without it food production is unimaginable. Accounting for approximately 70% of global water usage, agriculture remains the greatest single demand on water and the biggest polluter of watercourses. Water demands for agriculture and the impacts agriculture can have on water quality are key management issues in maintaining both food and water security.

With such an important resource being threatened, the question is – what are people doing to combat the threat? One convention that has been formed to deal with this issue was the Convention on Biological Diversity, a legally binding treaty with three goals, conservation of biodiversity, sustainable use of biodiversity, and fair and equitable sharing of the benefits arising from the use of genetic resources.  The 193 members feel that the ecosystem, species and genetic resources should be used for the benefit of humans, but in a way that does not lead to a decline in biodiversity.

Ways we can help preserve this vital resource can be very simple – as simple as just making sure we’re not dumping anything harmful into large water bodies, or cutting back on consumption in order to conserve water locally. The key water management philosophy should be: reduce, recycle and treat before disposal.

Examples of significant opportunities to use ecosystems to manage water include:

Desertification is a real threat in today’s world britannica.com

Now that we have discussed the importance of biodiversity and the role played by water, we all can do our part in trying to conserve it – not only for us but for future generations so that they get to enjoy the benefits of having a diverse ecosystem.

Now, what are you doing to support water conservation? How about biodiversity? What are you motivated to do?