August 9 was established as the International Day of the World’s Indigenous People by the UN’s General Assembly in 1994 with the  goal to promote and protect the rights of the world’s indigenous people and to recognize significant achievements and contributions of the population. Recognizing indigenous filmmakers was the theme of the 2010 observance, with films being screened at the UN Headquarters.

In addition to recognizing the accomplishments of indigenous filmmakers, Secretary-General Ban Ki-moon yesterday addressed the urgency to improve the lives of indigenous people. “Indigenous peoples still experience racism, poor health and disproportionate poverty,” Mr. Ban said. “In many societies, their languages, religions and cultural traditions are stigmatized and shunned.” (Source)

He indicated that statistics from the January UN report on the State of the World’s Indigenous Peoples included disturbing statistics: indigenous peoples are 600 times more likely to contract tuberculosis than the general population in some countries. Also, an indigenous child can expect to die 20 years before a non-indigenous fellow citizen.

Even with these shocking figures, the Secretary General continued that the situation has seen improvement over the past few years. “Since [the UN Declaration on the Rights of Indigenous Peoples, adopted by the General Assembly in 2007] we have seen more governments working to redress social and economic injustices, through legislation and other means, and indigenous peoples’ issues have become more prominent on the international agenda than ever before,” Mr. Ban said. 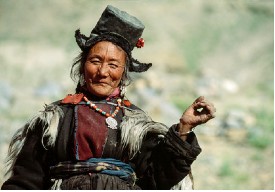 Even though there has been considerable progress in advancing the rights of indigenous peoples in the past few years, the recent statistics clearly demonstrate a drastic need for more improvement for the lives of indigenous peoples. The United Nations and other organizations are essential in this ongoing process.

In Cambridge, MA, the organization Cultural Survival partners with Indigenous communities to help them achieve their goals and defend their land, languages and cultures. To learn more about how you can help indigenous peoples in the New England area visit Cultural Survival’s website http://www.culturalsurvival.org/