An Afternoon with Dr. Brimmer 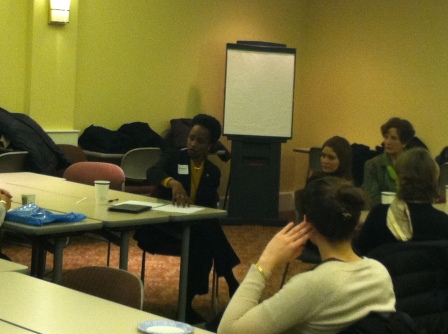 We would like to thank Dr. Brimmer for giving her time to talk to UNA-GB members. We are very lucky to have had her give her insight on her current role. Thank you, Dr. Brimmer!

Our next event is in a few days! Join Women’s Forum @ UNA-GB on Monday, March 4 for International Women’s Day. For more details, check out this link: http://wfiwd2013.eventbrite.com