← This Day’s For Africa!
Memorializing Peace → 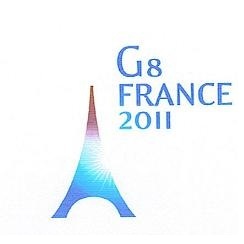 The 2011 summit of the Group of 8 industrialized countries was held in the resort town of Deauville in Normandy, France on May 26 and May 27, 2011.  The G8 is one of the most important international forums for dealing with global issues. Its membership comprises Germany, France, the United Kingdom, Italy, Japan, the United States, Canada and Russia. Notable people in attendance included the UN Secretary General Ban Ki-moon, and the president of the European Commission, José Manuel Barroso. 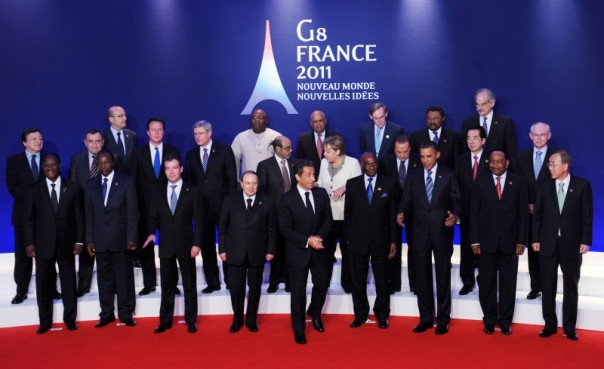 Reflecting the current range of challenges faced by the world, this year’s summit addressed a broad range of issues. At the top of the agenda was the Euro crisis and Greece’s renewed economic problems. Closely related was the matter of the selection of the next IMF chief. The reduction of the U.S. budget deficit, and nuclear safety issues following the meltdowns at the Fukushima Daiichi power plant in Japan were also discussed.

Africa had a special place in this year’s summit. First, the G8 considers it an issue of the highest importance to send a message of support for the Arab Spring in North Africa and the Middle East. To this end, leaders of the Group of 8 pledged $20 billion in debt relief, loan guarantees, and aid for Egypt and Tunisia. Second, the G8 deliberated the challenges of invigorating Arab economies, and of creating jobs for Arab youth. Third, the leaders discussed economic opportunities in Africa, and ways to encourage the development of the private sector on the continent.  A sign of this summit’s focus on Africa was that the national leaders of Algeria, Nigeria, Egypt, Ethiopia, Equatorial Guinea, Senegal, South Africa, and Tunisia were also invited.

In a bilateral meeting with the Japanese Prime Minister Naoto Kan, President Obama pledged US support in Japan’s recovery from the massive earthquake, the tsunami, and the nuclear disasters that followed.  In a separate meeting, President Obama and the Russian President Dmitry Medvedev announced that the two countries would work jointly on a proposed European missile shield, boost anti-terrorism efforts, promote nuclear safety, and ease bilateral visa rules. President Medvedev also offered to mediate in the ongoing conflict between Libya and the West.

The sincere hope is to see these 48 hours of packed meetings, conferences and sessions result in concrete action and positive change for the many communities in need around the world.

← This Day’s For Africa!
Memorializing Peace →