The Dilemma of Displaced Persons

A month ago, brutal ethnic violence erupted in Kyrgyzstan between the Kyrgyz and the Uzbeks peoples. As a result of four days of blood and chaos, half a million people fled from their homes, almost 200 people were killed, and thousands were injured. These displaced persons are still left without clean water, medical care, and shelter.

30 days later, the United Nations High Commissioner of Refugees (UNHCR) estimates that there are still 75,000 people in Kyrgyzstan without a home.

We have seen many refugee crises throughout history, with several taking place in the past 100 years:

Palestine: Countless individuals have been displaced since the Israeli war of independence in 1948.

Haiti: The earthquake of January 2010 has left 1.5 million displaced persons, the majority of whom are left to roam the streets.

Iraq: The war in Iraq has resulted in about 4.5 million displaced persons since 2003, many of whom have spread throughout the Middle East. 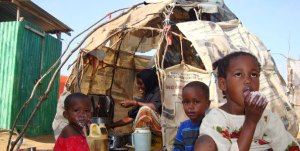 Somalia: Countless Somali refugees have crammed into Kenya, unable to find homes, have been forced to face xenophobia in South Africa, and still struggle to make a new identity for themselves wherever they can, due to violence and corruption in their home country.

The issue of displaced persons continues to be a source of conflict for host countries, the refugees themselves, and the rest of the international community. One of the biggest problems that displaced persons deal with after a conflict is a lack of identity: Because of whatever disaster or conflict they have had to endure, they flee from their homes in a heightened state of fear and stress, liable to forget important documentation. In the Kyrgyzstan case, many displaced persons have completely lost birth certificates, passports, and any documents of land ownership. In terms of anything concrete in the official government world—they are no one.

Luckily, there are external agencies to assist the displaced persons, such as the United Nations High Commissioner for Refugees, which has recently made an arrangement with the Kyrgyz authorities to reconstruct 550 homes in the affected area.

In addition, UNICEF has made great strides in creating safe spaces for children who have had to suffer through the violence. These communities allow youth to play, draw, sing, dance, and enjoy each other’s company—and more importantly not dwell on their dire situation. This has proven beneficial given that most of the refugees in Kyrgyzstan are in fact women and children. UNICEF is also providing funding to train teachers and psychologists to help the children recuperate. 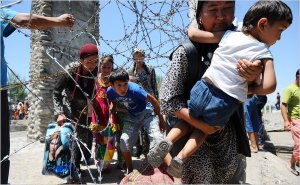 Steps to heal and reassemble normal life have been taken in Kyrgyzstan, although there is still much to be done. However, the question remains why there are so many cases of displaced persons in the world that have not yet been addressed, months, years, even decades after the original conflict.